This page will showcase any recent rare Railway clocks that have come to light.

These are not for Sale.

Click on any image to see a larger view. 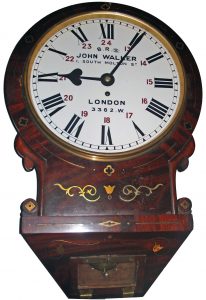 An extremely rare and desirable example of a very early GWR clock, the case is made out of rosewood veneered pine in the saltbox style and features ebony and brass inlays, the pendulum suspends from the top of the back box not the movement. There are only four of this type known to exist and all differ slightly in decoration, the dial has been rewritten circa 1950 by John Walker when this clock was transferred over to the Southern Region of British Railways the clock dates from around 1845. From Mortimer Station Waiting Room 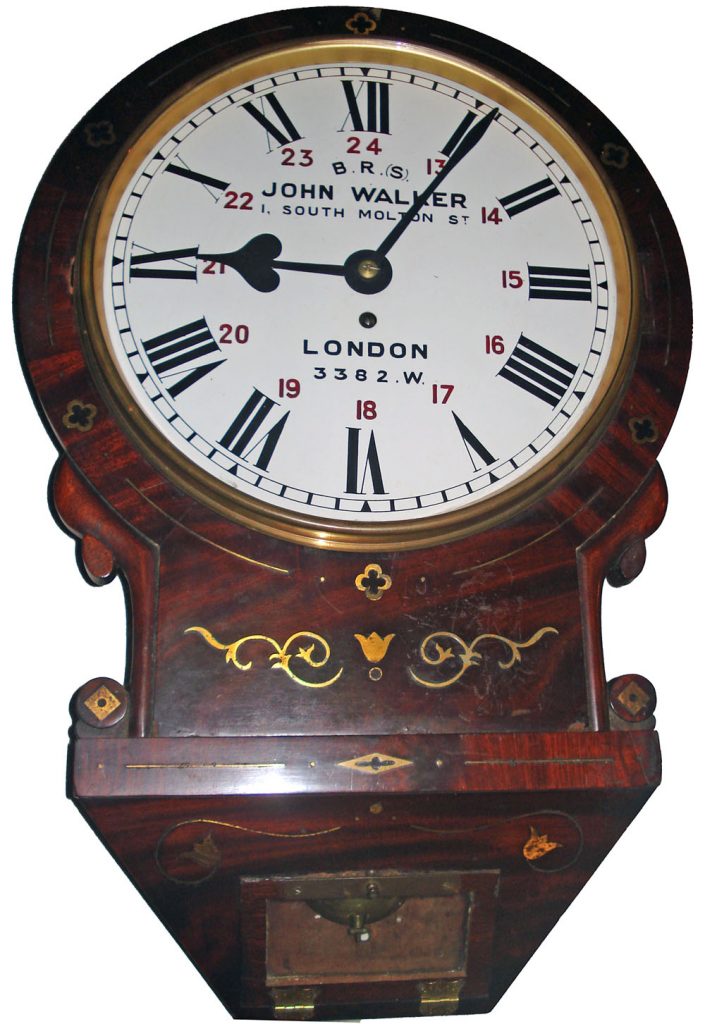 A small oak cased wall mounted weight driven regulator supplied to the LBSCR in 1863 at a cost of £12-10-0d by Richard Webster of Cornhill St London this clock spent all of it’s railway working life in the Brighton area, firstly at Kemp Town signal box and then at the assistant station masters office Brighton station, it was sold to a member of the station staff on 18th august 1953.
The clock is in totally original condition and survives with its original LBSCR painted dial and original LBSCR label inside.
Richard Webster supplied 44 of this type of clock to the LBSCR for use in signal boxes this is one of the earlier numbered examples and is in the rarer oak as opposed to teak case.
The regulator movement has six spoked wheels, deadbeat escapement, Harrison’s maintaining power and a deal pendulum rod with a cast zinc cylindrical bob which is suspended from the backboard.
Richard Webster of Cornhill supplied just over 350 clocks to the LBSCR between 1851 and 1878. 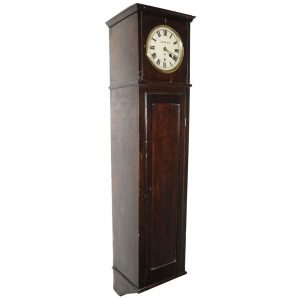 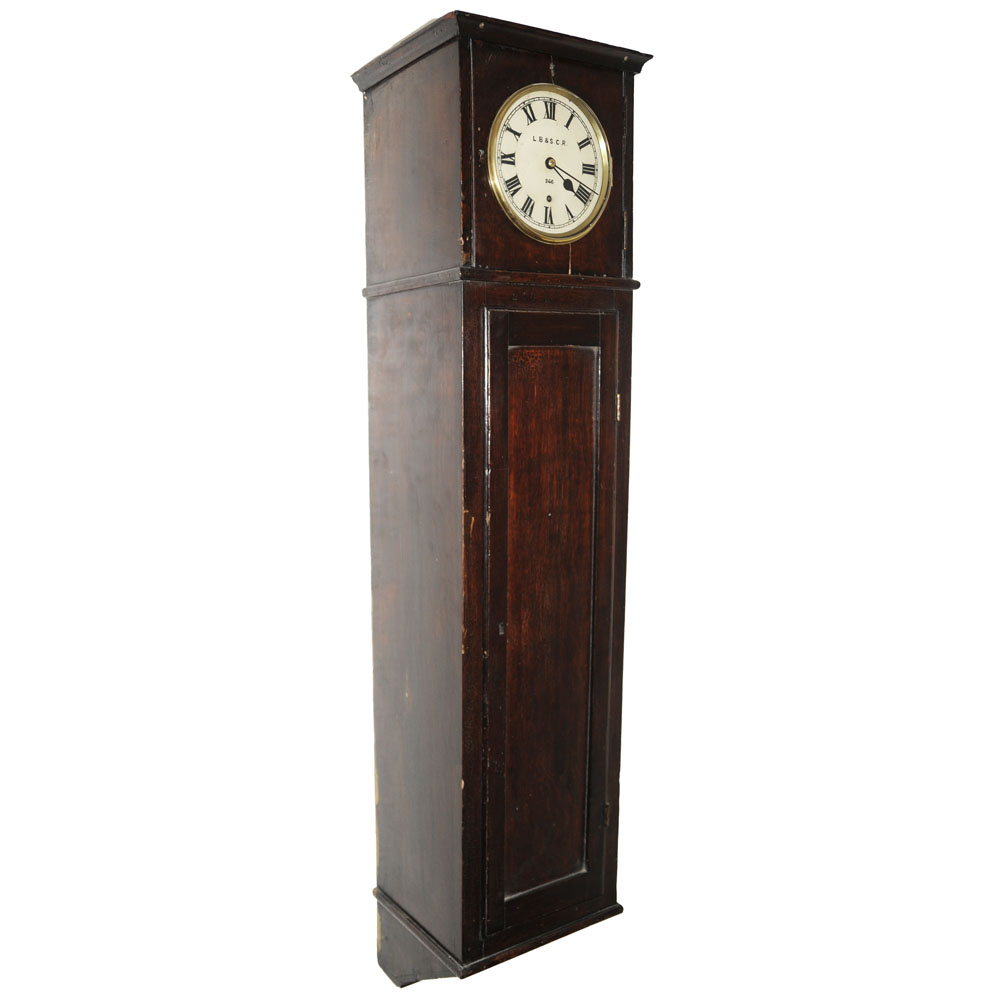 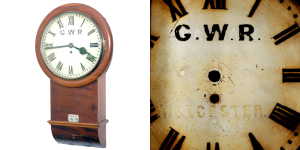 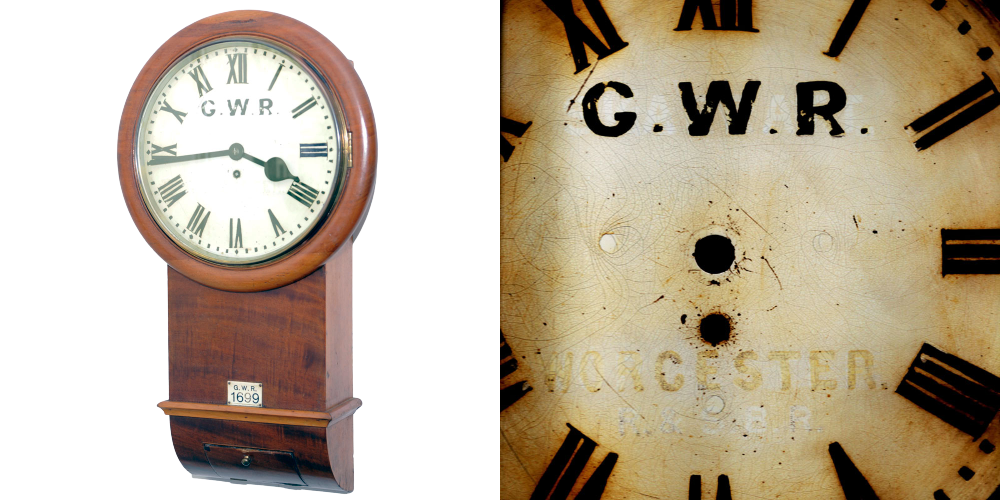 What a survivor ! This is the only fully titled Southern Railway clock that has ever surfaced, dials are usually written just plain S.R. but this one is the exception. It was purchased from Waterloo station in the early 1970’s by an employee who still owns the clock, this might have been used in one of the Southern Railway hotels as they had quite a few unnumbered clocks. 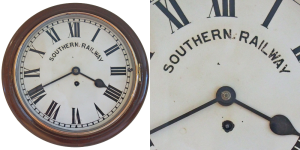 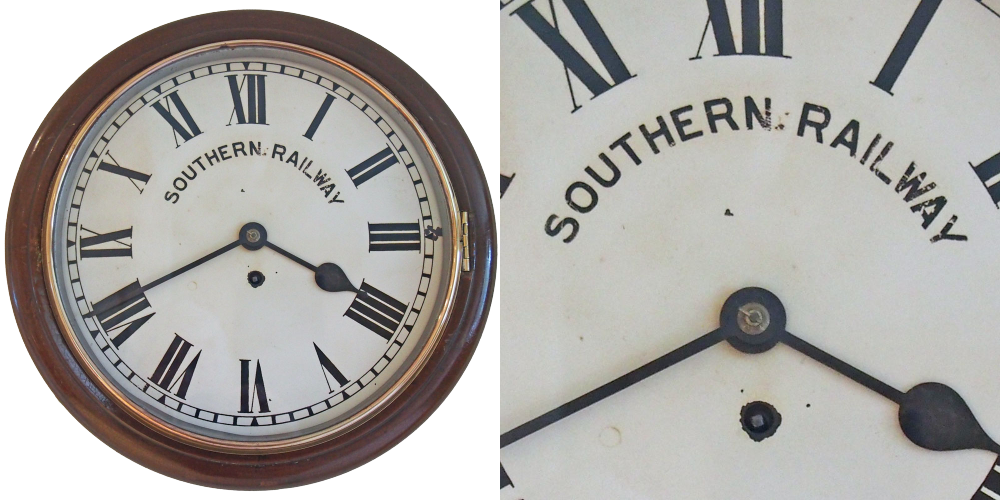