What was Railway Time?

In the years before 1840 there were different local times in use all over the United Kingdom, but in November 1840 the Great Western Railway first adopted Railway Time, this was brought about largely by the advances in the electric telegraph apparatus which had been developed in the early part of the 19th century and was first installed on a short section of the Great Western Railway in 1839. By 1852 a telegraphic link had been established between a new electro-magnetic clock at Greenwich connected via the Central Telegraph Station of the Electric Time Company in the City of London which enabled the transmission of a time signal along the railway telegraphic network to other stations by 1855 time signals from Greenwich could be sent through the railway companies wires than ran alongside the railway lines across the length and breadth of Britain. On 22 September 1847 the Railway Clearing House set up in 1872 to coordinate the distribution of passenger fares and charges for the transport of goods between the individual railway companies, decreed that “GMT be adopted at all stations as soon as the General Post Office permitted it”, by 1855 95 percent of towns and cities had transferred to GMT but it was not until 2 August 1880, when the Statutes (Definition of Time) Act received the Royal Assent and a unified standard time for the whole of Great Britain finally achieved legal status. Most British Railway clocks were purchased in the period from 1850 to 1920, later purchases were due to clocks being replaced after becoming time expired.

Before the advent of the telegraph, station masters adjusted their clocks using tables supplied by the railway company to convert local time to London time, also train guards would set their chronometers against the master clock and then the watch would be locked to avoid being tampered with and conveyed by the guard along the system so allowing other Stations to have the correct railway time, an example of one of these watches a London and North Western Railway example supplied by John Walker of London is shown on this page, these are extremely rare items and seldom are seen for sale.

Railway Clocks were ordered in all shapes and sizes and one of the most historic to grace my collection at one time was London Brighton and South Coast Railway No1, this was a 14 inch dial walnut cased fusee table clock supplied by Richard Webster of Cornhill London and was supplied for use in the LB&SCR boardroom at London Bridge, it later was used by Sir Eustace Missenden OBE (1886–1973) who was the last General Manager of the Southern Railway and the first Chairman of the Railway Executive, he retired in 1951 and the clock was presented to him and remained in his family until 2010, a picture of this magnificent clock is shown to the right. 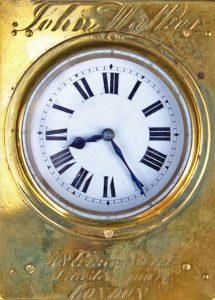 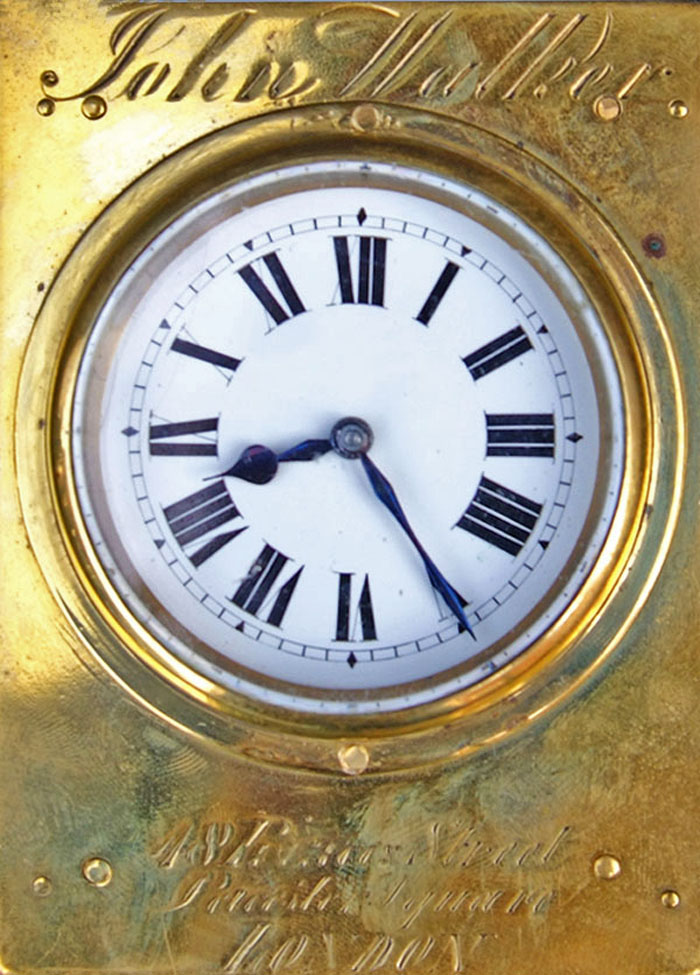 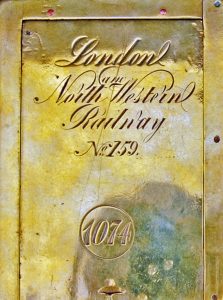 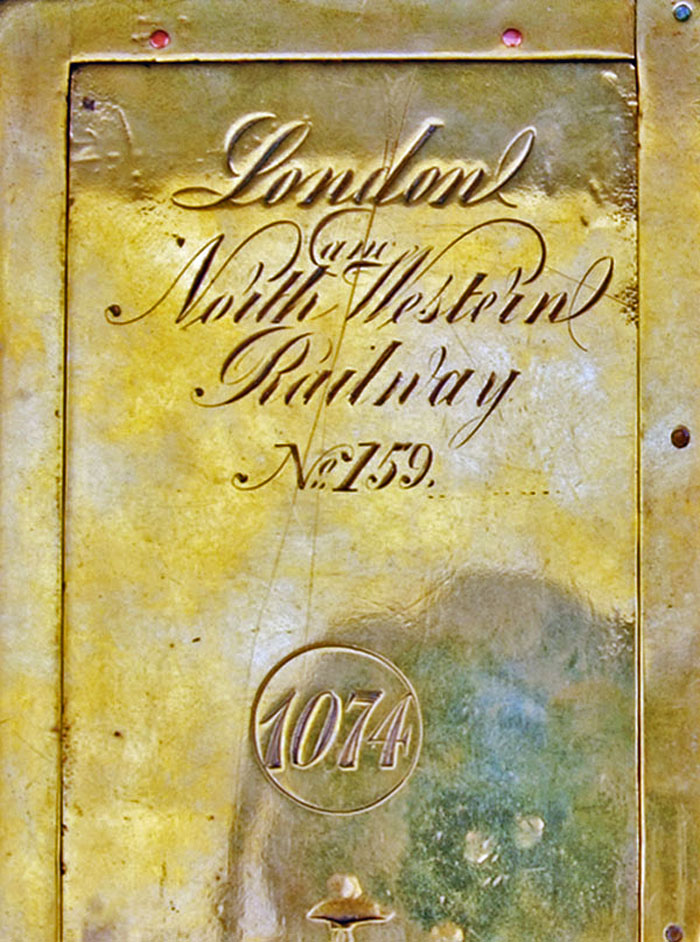 This is one of the earliest Railway clocks to survive. 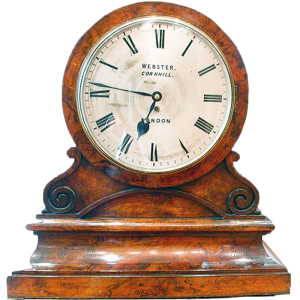 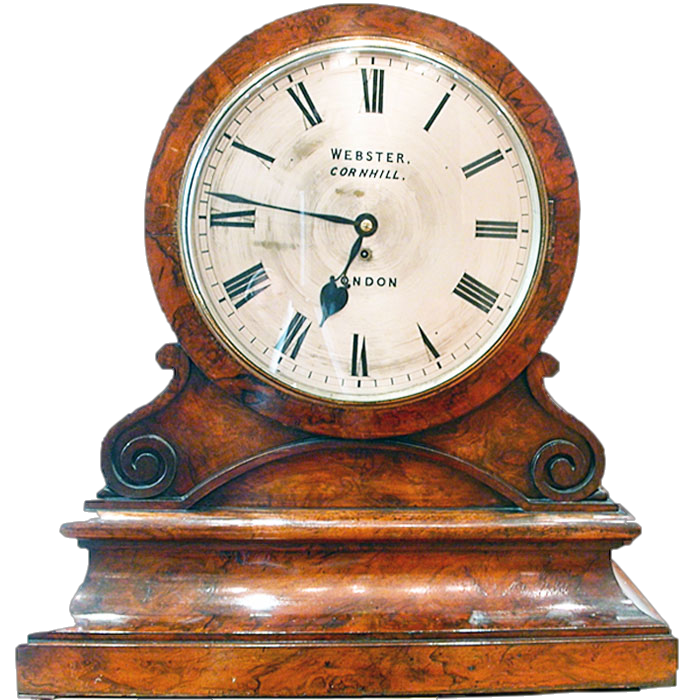 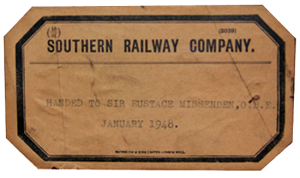 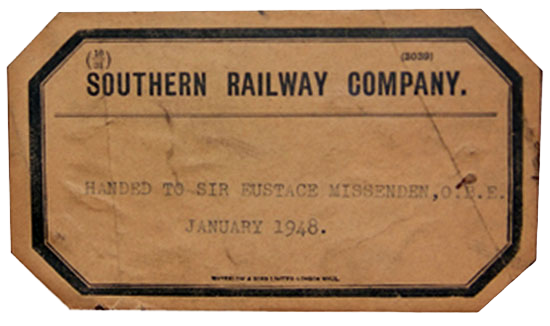 This is one of the later British Railways Southern region fusee clocks, it was purchased in 1959 for £11-5-0d from the London firm of Stockall Marples & Co. 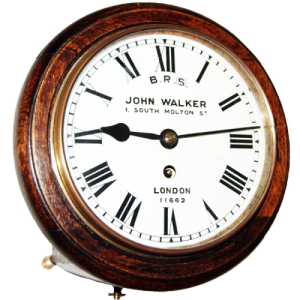 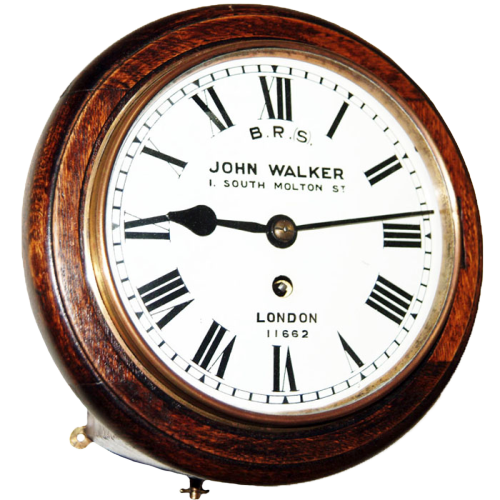